Let’s all hope they make the female faces look like females in this one so we don’t have to hear all the chronic masturbators complain incessantly again.

I just hope joker isn’t trash tier this time around.

Static for Injustice 2 or riot

We are super excited to announce the latest installment of the Injustice franchise, Injustice 2, coming to Playstation 4 in 2017. As the sequel to 2013’s Injustice: Gods Among Us, we wanted to come out swinging. We’re doing all of the things you’d expect from a sequel. We’re adding new characters, new environments, and we’re taking environment destruction and interaction to the next level.
But we didn’t want to stop there. At NetherRealm, we always want to make games that are fun, challenging and innovative. We strive to give players a level of control that makes playing our games a truly personal experience. For that reason, we have introduced a brand new Gear System, allowing players to build their own version of Superman, their Batman and ultimately, their Injustice Universe.

The Gear System uses RPG-like mechanics to reward you with loot drops every time you play the game. With each loot drop, you will earn character-specific gear to outfit and power up your roster – changing not only the look of each character, but your fight strategy and your personal approach to every match. As you gear up your characters, you’re building a roster of DC Super Heroes and Super-Villains that reflects your choices, and your preferences, which can be vastly different than your opponents. A few play sessions in, you can expect your Aquaman to look and play different than anyone else’s Aquaman you may come across.

And of course we’re going to continue to tell the epic story of the Injustice Universe. When last we saw them, Superman was imprisoned in a Red Sun prison cell, while Batman was continuing the good fight against the forces that would see Superman’s tyranny back in power. Where do we go from here? And what new characters will join the fight? Of course you’ll have to play the game to find out. And we can’t wait for you to get your hands on this game. We’re excited to see your vision come to life on screen.

Which pointless hero will they put in this time?

Let’s all hope they make the female faces look like females in this one so we don’t have to hear all the chronic masturbators complain incessantly again.

I just hope joker isn’t trash tier this time around.

… I’ll wait for the real gameplay vids. One of my pet peeves after 20+ years of gaming is Trailers without actual gameplay.

This is really exciting. I can’t wait to see how the game looks and how all this RPG stuff works.

The gear system sounds really lame to me

Really hope the initial release cast isn’t just 24 characters, that would be repetitive.

They better have Vixen in this game

Well, I think we have 2 options for tournaments:
a) Rules will only allow default characters
b) this game won’t be a competitive title for tournaments but only for casual online matches

They better have Vixen in this game

I can’t believe I agree with you on character taste. Vixen would be too sweet. Her and Black Canary

Brought to you by Stark Industries

Ya know what, Static, Black Canary, Darksied, Vixen, and Dr.Fate. there’s my wishlist 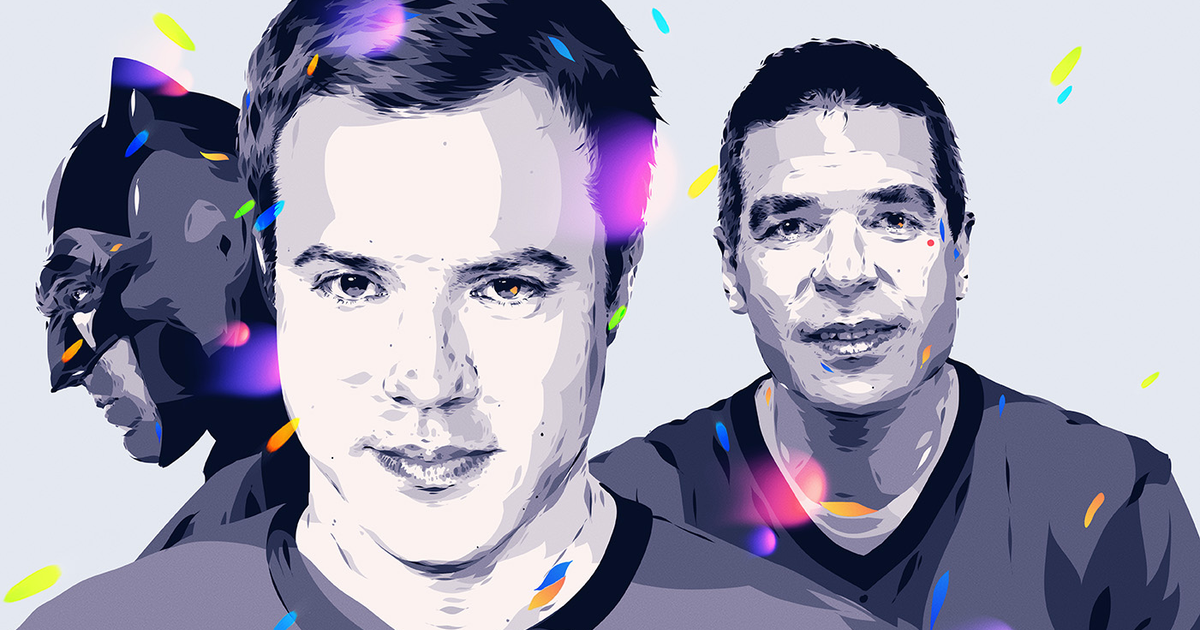 Does Marvel’s Kevin Feige play video games? (Honest question! I don’t know the answer. That’s why I’m asking!) If he does, it’s awfully hard to tell. All the acclaim – and dollars – heaped upon the Marvel cinematic universe has not been accompanied by even one memorable video game. And it’s doubtful that one is on the way: Disney, which owns Marvel, recently shuttered Disney Infinity along with the company’s entire games division.
Sidebar
’No Man’s Sky’ from Hello Games generates its universe in real-time as players explore it.
‘Uncharted’, ‘No Man’s Sky’ and the Limits of the Limitless »

DC Comics, on the other hand, has a chief creative officer who is a dedicated gamer. Geoff Johns writes comic books like the new Rebirth, but he’s also in charge of the creative work that goes into bringing characters like Batman, Superman, and Wonder Woman to television, movie theaters, and video games. Last month, in the wake of the mixed reception for Batman v. Superman, Johns was given joint authority over a new division, DC Films.

And while DC may be playing catch up when it comes to cinematic universes, Marvel’s big brother has been pummeling its younger and putatively cooler sibling in the world of interactive entertainment. Rocksteady’s Arkham series boasts all of the the best superhero video games ever made. Telltale’s episodic Batman series begins this summer. And now Injustice: Gods Among Us, the terrific fighting game from NetherRealm, the studio behind Mortal Kombat, is getting a sequel – Injustice 2 – that’s expected to arrive early next year.

“I’ve always been a Halo guy,” Johns says. “Obviously I love the Arkham games. I love Lego games. Even the Marvel Lego game, I’ll admit I liked that.” It’s a sign of DC’s video game dominance that Lego Marvel Super Heroes was developed by TT Games, one of the several game studios owned by Warner Bros., which also owns DC.

Johns, who is 43, owns an Xbox, a PlayStation and, more impressive, a Donkey Kong arcade cabinet that houses an emulator running hundreds of games. “It’s got Ikari Warriors, 1942 – just about any game you could imagine from the 1980s through the 1990s,” he says. “Burger Time, Pengo. I’m actually pretty good at Pengo.”

In college, he would stay up until 4 a.m. playing Mortal Kombat II on his Super Nintendo. “When I was a kid, my dream would have been for them to do a DC fighting game,” he says.

Now, of course, they have. Injustice was a surprise success for NetherRealm, DC and Warner Bros. The game was expected to do well on consoles, but it also spawned a mobile hit and a bestselling line of comic books. “The goals for the sequel,” says NetherRealm creative director Ed Boon, “are to do something unexpected and long-term.”

I’m not sure how unexpected it is now that he’s telling us about it, but Boon’s goal is to bring the ideas that have infused multiplayer shooters over the past several years – things like personalization, character creation, loot, leveling up – into a fighting game. “Kind of like what Destiny did with shooters,” he explains.

Every character in Injustice 2 will have “a vast, vast array of what we’re calling gear” – costume pieces and equipment that are used to upgrade your abilities – according to Boon. The superhero you start controlling at the beginning of the game won’t have the same skills as the one you end with. Players will determine whether they want more speed, more health, more strength, and the like. “There are thousands and thousands of pieces for, let’s say, the Flash,” he says. “You are in the constant process of making your version of the Flash.”

The plot for Injustice 2 will continue the storyline from the first game, a kind of Star Trek mirror universe in which Superman has become a tyrant in the name of world peace. Unlike Marvel, DC doesn’t insist that all of its storylines intersect into a single “canon.”

“DC has this great infinite multiverse concept,” Boon says. “That allows us to do really creative stuff, and it doesn’t break the DC lore.”

Even so, video games have become such a large part of DC’s identity that the games have begun to influence the movies and TV shows, rather than just the other way around. “To me, it’s a giant creative cycle,” Johns says. “You have comics that influence the games, and then Arkham influences the look of a show like Gotham. It just goes round and round and round.” A character like Harley Quinn (the Joker’s lover), Johns pointed out, was created for Batman: The Animated Series, then moved to comic books, then became part of the Arkham games, and now she’s in this summer’s Suicide Squad movie.

Some fans – I’m one – saw the influence of Arkham and Injustice on the visual style and even the plotting of Batman v. Superman. “Some of it’s true, and some of it might be coincidence,” Johns says. “But yeah, absolutely.” At the same time, Johns cautions fans not to examine Injustice 2 for hints into the future of the DC extended universe. “They’re separate completely,” he explains.

Movies that look like video games were incomprehensible during Johns’ 1970s and 1980s childhood, when he would spend his days playing Crystal Castles at Chuck E. Cheese, or at home with the blocky Atari 2600 adaptations of E.T. “I didn’t mind it,” he says. “It was just that he went so slow when you fell into one of those pits.” And, naturally, Superman: “I loved that game.”

“You know what I wish I had?” Johns says. “I wish I had a time machine, to go back in time with an Xbox and Injustice and show some kid, maybe myself, what the next Superman game could look like.” 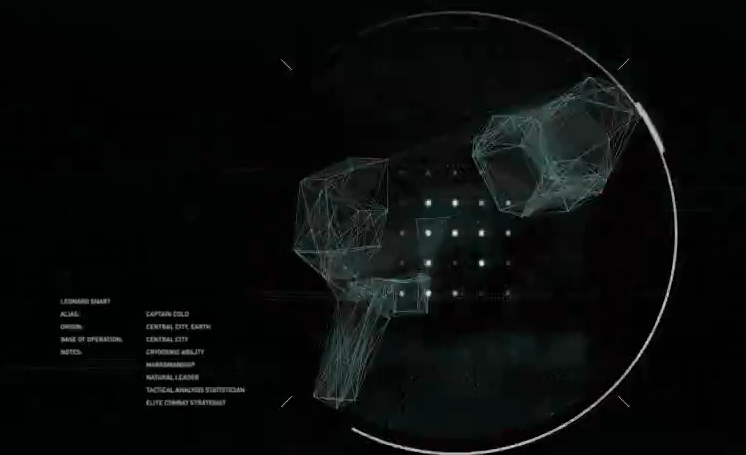 For those who can’t read it it says